Is it possible to do intercultural diplomacy with typography?

Huda Smitshuijzen AbiFares, who has created the Khatt foundation, thinks so. She explained last night at The Mosaic Rooms how the Typographic Matchmatking Projects (TMM) work. 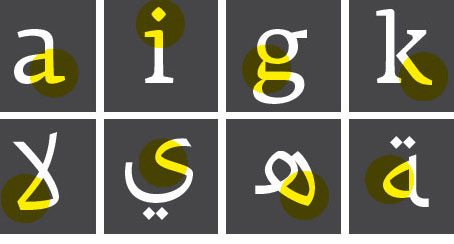 Teams of typographs from different backgrounds worked together on projects requiring scripts in different languages, for instance in public spaces and cities. The TMM want to create dialogue between typographs but also and most of all between scripts. Having dissimilar scripts can give the idea that messages are dissimilar too:

Matching the scripts on public signs, for instance, show that the same message is conveyed: 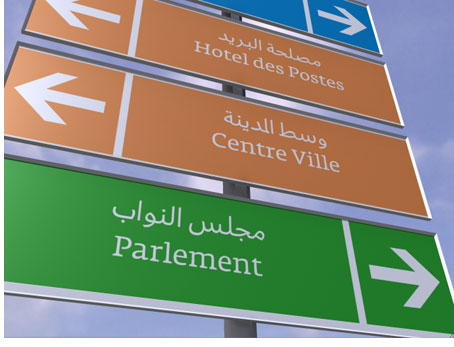 Typographs familiar with the Latin alphabet but with little knowledge of the Arabic script had to understand it, its possibilities. Doing this pushed them to understand Arabic culture at the same time. Some of the questions designers asked themselves were:

The next TMM, in Morocco, illustrates the idea very well: 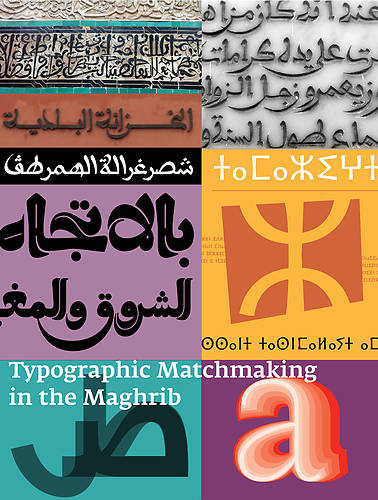 It “will research and develop tri-script font families that combine Arabic, Tifinagh and Latin scripts harmoniously”. It is political: the Tifinagh script is used by the Berbers or Amazighs, who have been ostracised in North Africa. The Latin script, explained AbiFares, will take inspiration from Spanish scripts, to show the exchange between Morocco and Spain since the middle-ages. Therefore, bringing them together is an attempt at making these cultures collaborate and coexist in harmony, and as equals.

The Khatt Foundation website also hosts a collaborative platform for type designers. This talk was part of a series of events around the exhibition Tracing Landscapes by artist Dia Batal, from 09.09 to the 27.09 at the Mosaic Rooms.

The Khatt Foundation was founded in 2004 in Amsterdam. The goals of the foundation are: build cross-cultural creative networks, provide a platform for dialogue and design research, support and initiate cross-cultural and inter-disciplinary collaboration, publish critical writing and establish a knowledge centre on contemporary design from the MENA region.